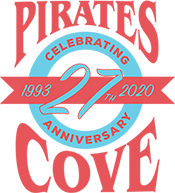 Sean Fitzpatric is a Cincinnati based trumpet player who can be seen performing in many various styles and ensembles. He has been performing professionally since the age of 14 around Cincinnati, later deciding to go to Northern Kentucky University for multiple music degrees. After receiving three separate degrees in Music Education, Jazz Trumpet Performance, and Classical Trumpet Performance, Sean has continued to perform regularly all around the Cincinnati Tri-State area.

In Sean’s performance career, he has had the pleasure to perform with many talented local and national level artists. Some notable artists include The Four Tops, Frankie Avalon, Lou Christie, Bobby Rydell, the Blue Wisp Big Band, Mike Vax, Fred Wesley, Jeff Coffin, and many more. Sean has also had the pleasure of studying and performing with national level teachers such as Jonathan Gresham, Raquel Rodriquez, Jerry Conrad, Brad Goode, Pat Harrison, Gary Winters, and John Zappa.

Sean’s very active performance schedule can be seen primarily in the Cincinnati Area with various groups such as The Sly Band, Brass Tracks Band, The Blue Birds, The Menus, 9 O’Clock Shadow, and countless others!!!

Outside of being a working musician, Sean also forwards his education to young students through working with various Middle and High School programs, along with regularly teaching private lessons. Sean currently resides as the head of Jazz Education at Campbell County High School, working with two Jazz ensembles and teaching a beginner improvisation course. Sean also has a thriving private lessons studio that is slowly expanding all around the Tri-State.